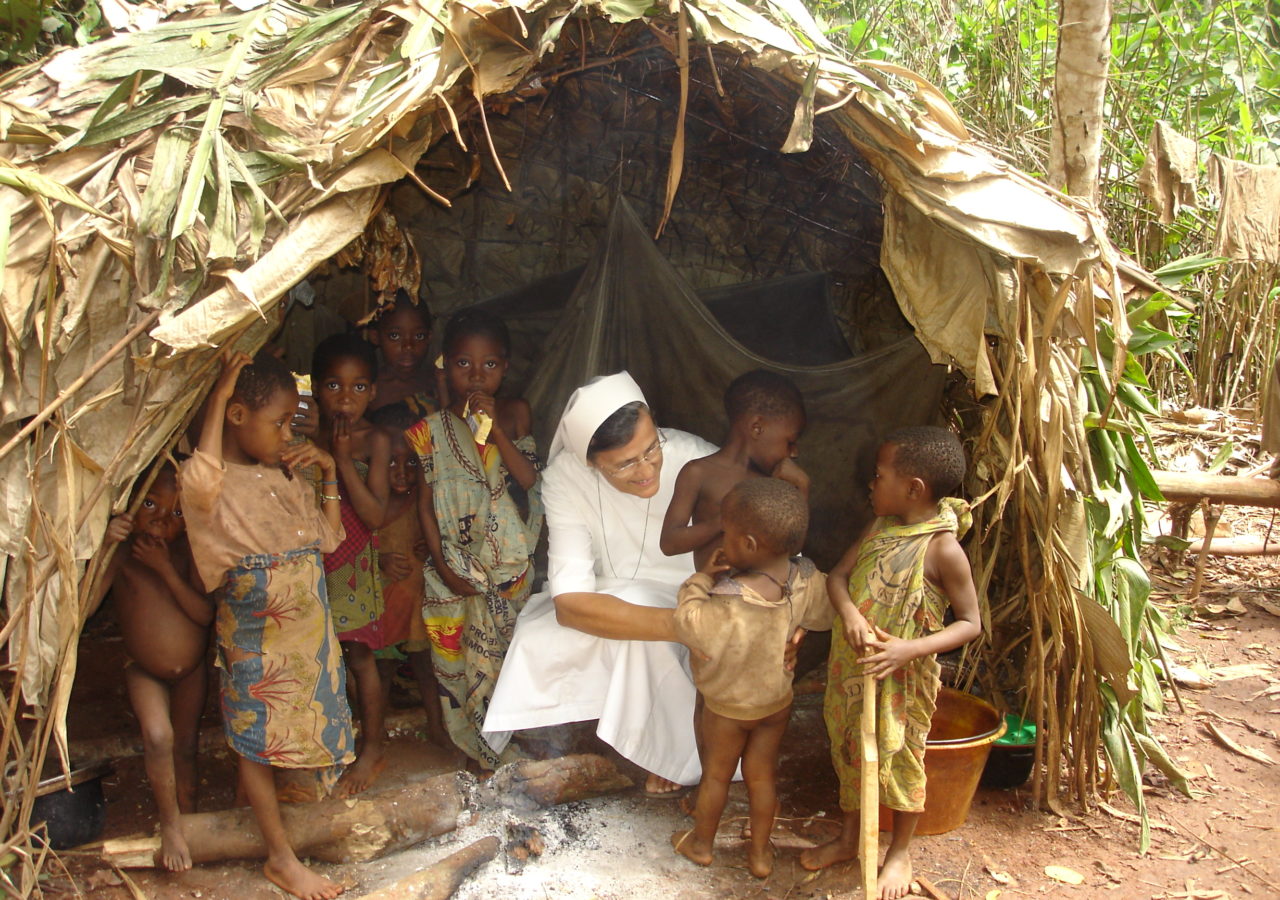 Sembè is a small district of the Congo in Africa. To get there you have to travel rough roads, cutting
tree trunks and digging mud away from jeep wheels. Sembè is a small district of Africa, as many
others, but in Congo it has become important for the hospital: the miracle of Sembè. A miracle that
began more than twenty years ago, in the middle of the forest building schools with wood, straw
and bamboo, because the Pygmies asked us to teach them to read and write. School was started, but
the children died in the forest from malnutrition and disease. It is difficult to teach when you could
see each of your pupils for the last time. It is difficult to learn when you have no strength. Pygmies
knew only traditional medicine where doctors are shamans and sorcerers and medicines are healing
rituals. The situation was deadlocked and we needed a medical center and drugs.
We had just wood and straw and meanwhile people died. We turned to three non-profit associations
and Via Pacis was the first to answer. They sent funds, sent people and the hospital started to be
built. Everything had to come from Cameroon covering 2400 km round trip trough rough roads
without any guarantee. On two occasions, two General Superiors came to Sembé to close the
mission, but then they changed their mind. And it was ever so: every time we have saved a life by
taking it for hair, every time someone went into the hospital to steal a child, every time the
medicines ran out, every time there were no funds, every time we compromised with the Pygmy
culture, every time there was a problem like Ebola, like war. We have thought not to succeed many
times, but we have always found support. The miracle of Sembè has saved many lives and changed
many others and it was possible thanks to many people in Africa and in Italy. Thanks to those who
have donated some time and some money to change a reality made of wood, straw and poverty.